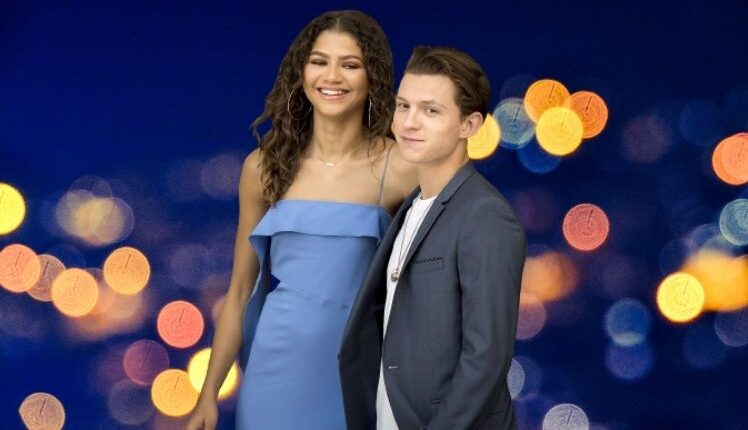 “Spider-Man” co-stars Zendaya and Tom Holland have been creating a buzz and fans are in love with their on-screen and off-screen chemistry. They never shy away from expressing their love for each other.

Recently in an interview with E! News Daily Pop, the Shake It Up actress said that she has been attempting to persuade the makers of her TV show Euphoria to rope in Tom Holland in a cameo role.

Zendaya said that she has suggested Tom as a background character or Easter egg. She said, “I mean, listen, we’ve talked about it all the time. We’re like, ‘Let’s just sneak him in the back of a shot or something!’”

While many are doubtful if Tom could fit in Euphoria, which is a lot hazier tone than the Marvel Cinematic Universe films, Zendaya responded, “He did Cherry, so he’s definitely not a stranger to (darker roles).”For the unversed, Cherry is a crime drama film in which Tom plays the role of a war veteran dealing with PTSD.

In December, while promoting Spider-Man: No Way Home, Tom expressed his desire to work in Euphoria season 2.

The second season of Euphoria, starring Zendaya will have eight episodes and it is all set to premiere from 9th January 2022. Recently, the trailer of Euphoria season 2 created a lot of buzz on social media