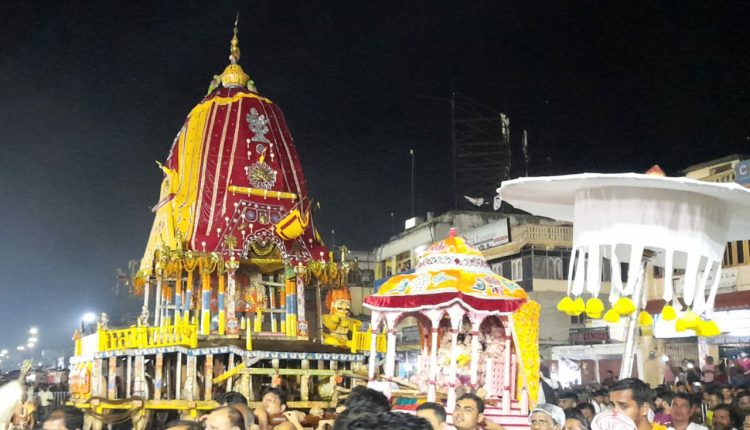 Puri: The Hera Panchami ritual, which falls on the fifth day of the Rath Yatra, of Lord Jagannath and his siblings, was held on June 5, 2022.

As a part of the rituals, Goddess Lakshmi broke a part of the Nandighosha Ratha, the chariot of Lord Jagannath, parked in front of the Gundicha Temple.

In order to please her, Lord Jagannath promises her to return to the Srimandir after three days. As a mark of his promise, Pati Mohapatra servitors give an Agyan Mala (a garland of consent) to Goddess Laxmi on behalf of Lord Jagannath.

As Goddess Lakshmi does not get enough time to have the darshan of Lord Jagannath due to evening rituals of the holy trinity, she breaks a part of Nandighosh Ratha to express her anger and leaves secretly for Srimandir through a different path known as Hera Gouri lane.

The Hera Panchami ritual marks the process for Bahuda Jatra as the three chariots are turned southward called ‘Dakhina Moda’.