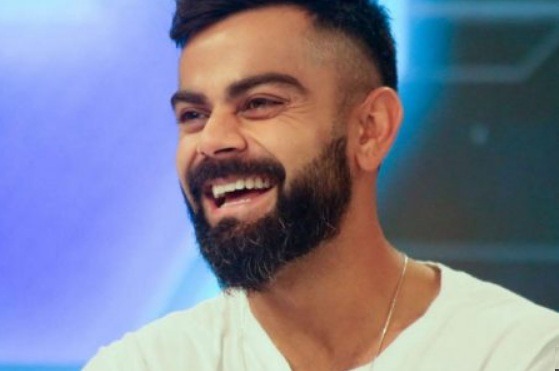 I am a big fan of Virat Kohli. Not particularly of his cricketing skills or his attitude though, but of his eagerness to play a social activist. If he plays his game the right way, he might end up as India’s Thunberg, although Tendulkar’s peak level and popularity might still elude him. Then again, Woko Harams have twisted aims and expectations from their lives and careers. They live to point fingers and tell, not to serve or deliver. On that count, Virat Kohli has been making all the right noises and is headed in the correct direction. But it’s a matter of some concern that he has not been as forthcoming as far as his Carbon consciousness is concerned.

As per the web, the Woke Mr. Kohli, who is eager to tell you how you should celebrate Diwali, owns seven Audis, a Bentley Continental, a Flying Spur, a Lamborghini Gallardo, a Range Rover, a Toyota Fortuner and a Renault Duster (in 2019). Obviously, Virat bought these Sports cars and SUVs to gather dust in his garage, for if someone else had ended up buying them, these would be guzzling fossil fuels. In fact, Mr Wokey launched Audi e-tron and e-tron Sportback in July 2021 to make the world a better place. It is not known whether the batting maestro has added these electrical cars to his own collection. As per the International Energy Agency, carbon emissions from SUVs increased by 0.5 percent in 2020, even though world’s energy-related emissions fell by 7 percent. By the way, going carless for a year might save 2.6 T of Carbon Dioxide- that is little more than a roundtrip transatlantic flight. All said, the captain doesn’t burst fire-crackers on Diwali, but does his best to keep the environment unclean and unsafe by driving around in his multiple SUVs.

Virat doesn’t own too many houses, just two or three of them- the huge Gurugram mansion, and a regulation 4-bedroom Mumbai flat in Worli, along with the ancestral Delhi house. Knowing how environmentally conscious Kohli and his wife are, these houses must be energy efficient green abodes, which might not even be fitted with too many ACs, so as to keep emissions under check! That 1 percent Large Housing Units are responsible for 11 percent of total emissions from dwellings is hence, beside the point.

Leaving aside lifestyle, questions should be raised regarding the livelihood. How many times did Virat fly in 2021, and how many air-miles did he travel? Globetrotting is not a sustainable way to make a living. Cricket is not some essential life-giving service that would justify thousands of miles of hectic air travel. If Boards aspire to work out series’ and tournaments’ schedules with lowering carbon footprints in their minds, they should be holding more matches at single venues and not asking teams to travel after every match. Covid did force such schedules upon the BCCI. The India-England series could have become a future template (but things went back to the one venue-one match way in the return series in England). BCCI held the first two Tests at Chennai, the teams flew to Ahmedabad for the next two matches, and stayed there for five T20 fixtures. Then three ODIs were held at Pune. Even IPL can be organized at one or two venues (like in 2020 and the second leg of 2021) to cut down on air-travel and reduction of waste involved in frequent shifting of hotels and venues.

Day-night matches consume a lot of power, and also take toll on the health of players and viewers. Playing in natural light, without wasting precious energy, can be the way forward. Wives and Girlfriends (WAGs) following the players performing cricketing duties must also involve wasteful travel (hence emissions) and waste creation, and should be discouraged. Teams can stay inside dressing rooms, or in hotels adjacent to the stadiums to avoid needless bus or car travel. Players should cut down on wasteful holidaying in remote places (like Italian marriage, shopping in New York) to keep air-miles in check, and should rather promote local, sustainable tourism. Wearing Go Green jerseys does create awareness on global warming and recycling, but probing questions must be asked as to what have the players donning them have been doing for maintaining ecological balance.