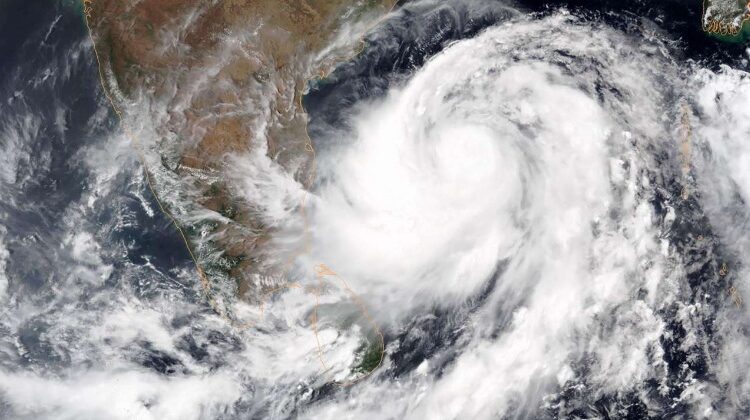 Amaravati: The India Meteorological Department (IMD) today issued “red” warning for the Andhra coast as Cyclone Asani is now likely to touch the Andhra Pradesh coast between Kakinada and Visakhapatnam.

According to the IMD, the weather system is likely to recurve slowly north-northeastwards, move along Yanam, Kakinada and Visakhapatnam coasts and emerge into westcentral and adjoining Northwest Bay of Bengal off North Andhra Pradesh and Odisha coasts.

It is likely to gradually weaken into a Cyclonic Storm by May 11 morning and into a depression by the morning of May 12.

Following the alert, several flights including arrivals and departures have been cancelled.

According to the Chennai airport authority, a total of 17 flights have been cancelled so far on Wednesday morning – including six from Visakhapatnam, four from Hyderabad, two from Hyderabad and Rajahmundry each and one each from Bangalore, Jaipur and Kolkata.