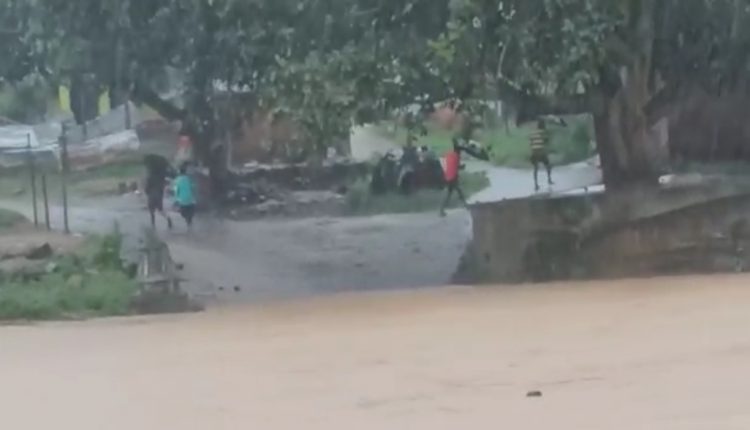 Phulbani: The ongoing heavy to very heavy rain in Kandhamal district under the impact of deep depression over Bay of Bengal has disrupted transport services and caused floods in over five rivers.

Incessant rain for the last couple of days in the district has lead to the rise of water level in many rivers.

Reportedly, the water level of Pilasalki river is rising following which an embankment near Khandi Sahi got submerged. As a result, floodwater is flowing over the bridge disrupting road communication between two wards, including Dakapola and Daminga.

Keeping in view, the administration has declared the closure of all schools in the district, said District Education Officer Vikas Chandra Pradhan.

Similarly, the Khadaga river, Salunki river, Rahul river, Chauladhua river in the district was overtopped by floodwater. However, no casualties have been reported so far in the district.

On the other hand, the Jagannath temple in Sarangpur has reportedly collapsed.