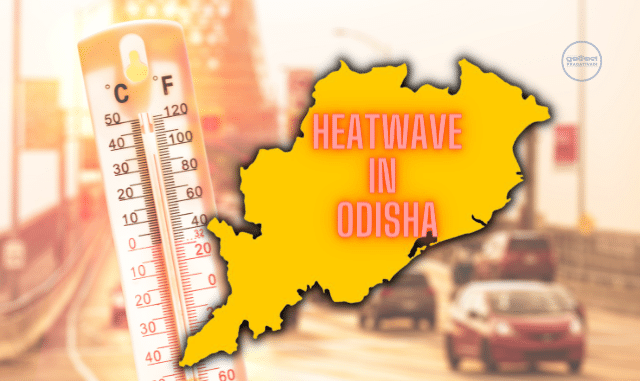 Heatwave To Prevail In Odisha Till April 2; SRC Puts Dist Collectors On Alert

Bhubaneswar: The India Meteorological Centre (IMD) regional centre here has said that heatwave conditions are likely to prevail in five districts of Odisha till 2nd April 2022.

As per the latest IMD bulletin, heatwave condition is very likely to prevail at one or two places over the districts of Bolangir Sonepure, Bargarh, Boudh & Kalahandi from 31st March to 2nd April 2022. The IMD has issued a yellow warning in respect of the above districts.

Taking note of the heatwave forecast, the Odisha SRC has issued a set of advisory by the Collectors of these five districts asked them to steps be taken to circulate the warning message among the public.

As heat is tolerable for the general public but slight health concern for vulnerable people such as infants, the elderly, and sick people, the SRC advised to take precautionary measures for hot weather while going outside during midday time (around 1200 IST-1500 IST in these areas).

Further, the Odisha SRC ordered the District Collectors to closely monitor the situation and take action as deemed necessary.