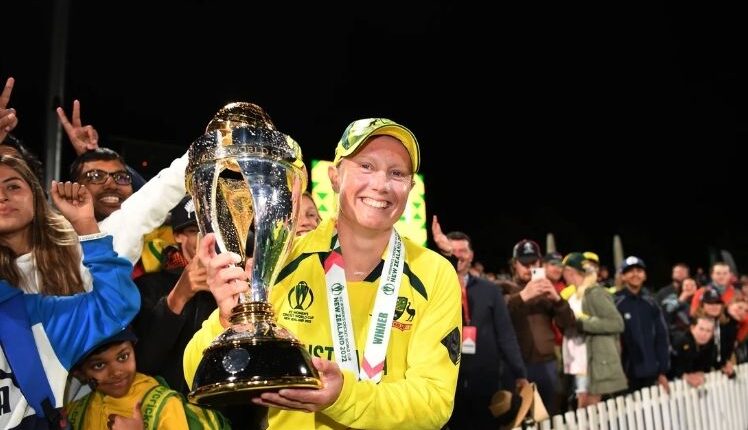 Dubai: Alyssa Healy leaps to the top of the ICC ODI Batter Rankings after her phenomenal 170 in the final of the ICC Women’s Cricket World Cup 2022.

The Australian’s outstanding knock sent her soaring into the number one spot, ending South African opener Laura Wolvaardt’s short stay at the summit.

The 32-year-old Healy smashed 509 runs – including two hundreds and two half-centuries – across her nine matches at the World Cup, and at an intimidating strike rate of 103.66.

And that haul means Healy finished just ahead of compatriot Rachael Haynes as the tournament’s top scorer.

And the latest Rankings see a completely new-look top ten, with no single player remaining in the same spot after the conclusion.

Nat Sciver’s unbeaten 148* in England’s unsuccessful reply in the showpiece final on Sunday sees her jump into second in the batting Rankings.

Sciver’s ton in the final was her second of the tournament, with the English all-rounder scoring 436 runs at an average of 72.66 in her eight innings in New Zealand.

And the 29-year-old also picked up four wickets while returning economical figures through the World Cup with her handy medium pace bowling.

English spinner Sophie Ecclestone remains at No. 1 in the bowler Rankings, with South Africa pacer Shabnim Ismail moving up into second after a terrific tournament.

The pair occupied the two top spots in the wicket-taker column at the end of the World Cup, with the threatening Ismail taking 14 across seven innings. But Ecclestone was well clear as the stand-out bowler of the tournament, finishing with 21 wickets to her name at an average of 15.61 and with an economy of just 3.83.

The veteran swing-bowler Anya Shrubsole is the big-mover in the latest bowling Rankings, jumping up five places to enter the top ten after her figures of 2/27 in the semi-final and 3/46 in the final.

Twitter Appoints Elon Musk To Its Board: Parag Agrawal