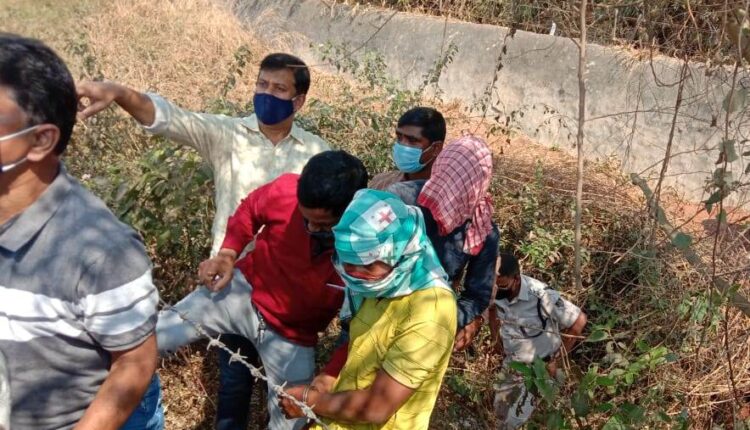 Bhubaneswar: The court has allowed the Commissionerate Police to take the two accused involved in the barbaric murder of Puspalata Roul on a three-day remand.

The Commissionerate Police had sought a five-day remand but the court allowed the police to take the two on a three-day remand.

The duo, Sanjay Das and Srikant, were arrested on Thursday for allegedly murdering Puspalata. Worthwhile to mention that a headless body of an unidentified woman was found on Daspur-Andharua road under Chandaka police limits on February 4 leaving the police baffled.

The severed head of the woman was identified as Puspalata and it was recovered nearly two km from the spot where the body was lying in a pool of blood.

CBSE CTET result 2021 declared: Here are the Steps to check

Mobile Theft Gang Busted In Bhubaneswar, One Minor Among…