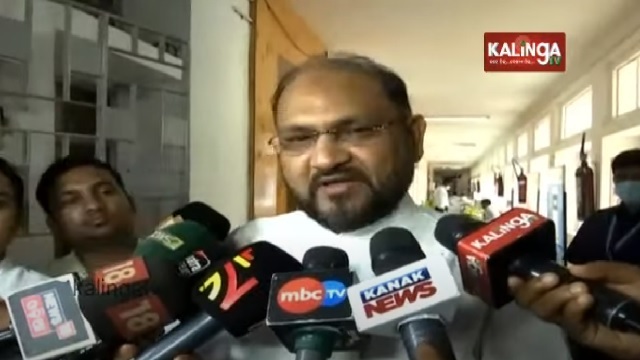 Cuttack: The Orissa High Court on Monday granted bail to Congress MLA Mohd Moquim who was earlier sentenced to three years rigorous imprisonment by a vigilance court in connection with a loan fraud case.

Accepting the petition challenging the jail term and penalty, the Court asked the MLA to furnish bail bond of Rs 1 lakh with two sureties to avail the bail. The next hearing will be held on October 13, informed Moquim’s lawyer Pitambar Acharya.

Moquim who is the Metro Builders Private Ltd managing director had moved to Orissa High Court challenging the judgement of a special vigilance court who sentenced the senior Congress leader three years rigorous imprisonment in connection with a 22 years old fraud case.

He is likely to be disqualified as an MLA as the vigilance court convicted him in the fraud case. However, he might remain in office if High Court grants stay on the lower court verdict.

The two others were the then company secretary of OHRDC Swati Ranjan Mohapatra and director of the company Peeyusdhari Mohanty.

The convicts were also fined Rs 50,000 each and in default of payment of it, they will have to undergo further imprisonment of six months.

While Kumar and Mohapatra were convicted under several sections of the Prevention of Corruption Act and the Indian Penal Code, Moquim and Mohanty were found guilty only under various sections of the IPC.

Recent barrage of missile launches were a “simulation” of a nuclear attack on the South K: North Korea