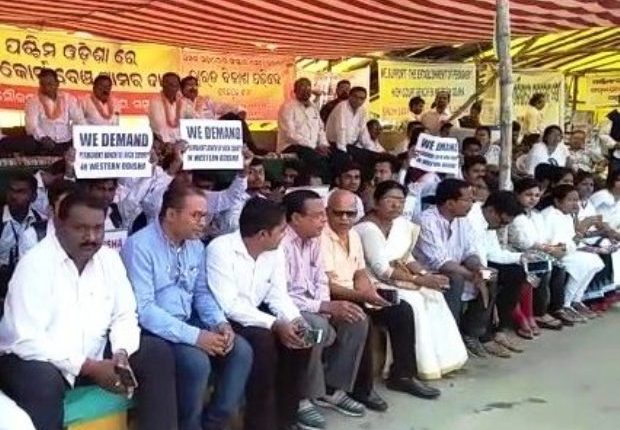 Bhubaneswar: Over thousands lawyers from Western Odisha under the banner of Central Action Committee (CAC) will forcefully enter the Lok Seva Bhavan after the office of the Chief Minister (CMO) didn’t pay any heed to meet and discuss with the lawyers’ delegation regarding establishment of a permanent division bench of High Court in western part of the State.

The CAC had earlier sought a reply from the Chief Minister on the steps taken by the government regarding submission of a full-fledged proposal to Centre over setting up of High Court bench. However, the Committee has not yet received any feedback from the CM.

The CAC had earlier warned of forceful entry into the Lok Sabha Bhawan if the CM doesn’t inform them over the measures taken by the State for the purpose.

The Bhubaneswar Bar association has also backed the demands of the western Odisha advocates and a resolution has been passed in this connection in the general body meeting on Tuesday.

The lawyers in Bhubaneswar have also decided to support their fraternity in the movement. As many as 2,000 lawyers from Sambalpur and neighboring districts will reach Bhubaneswar on September 28 to take out a mass rally.