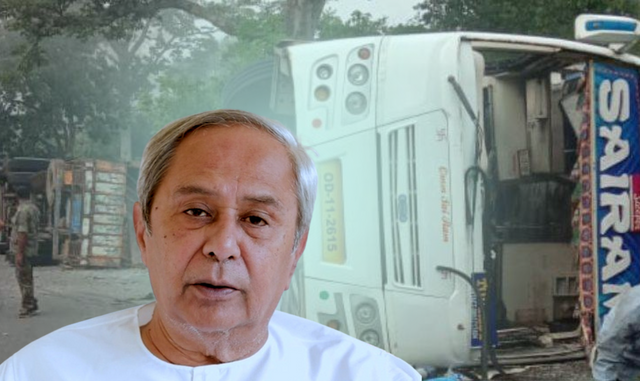 Bhubaneswar: Chief Minister Naveen Patnaik has expressed deep grief over the loss of lives of pilgrims from Odisha in a bus accident in Jharkhand’s Hazaribagh on their way back to Mayurbhanj from Varanasi.

The Chief Minister has announced an ex-gratia of Rs 2 lakh for the next of kin of the deceased and has ordered to provide proper treatment to the injured.

The Odisha CM has directed the Mayurbhanj District Collector to coordinate with the Jharkhand Government to make arrangements for all the victims to return to their homes as soon as possible. Among these pilgrims are the people of Angul, Dhenkanal and Mayurbhanj districts.

About four persons were killed and 29 others injured after the bus they were travelling in collided head-on with a truck in the Hazaribagh area of Jharkhand in the wee hours of Sunday. The bus was ferrying a group of pilgrims hailing from various districts of Odisha.

According to reports, the bus was en route to Odisha on NH 2, when it collided with a speeding truck near Katmasandi area leading to the death of four persons including three women. Dozens of other co-passengers survived the crash with injuries.

Of the injured, the health condition of about five persons is stated to be critical and they were being shifted to Ranchi AIIMS till the last report came in. In the meanwhile, local police have seized the dead bodies for post-mortem.