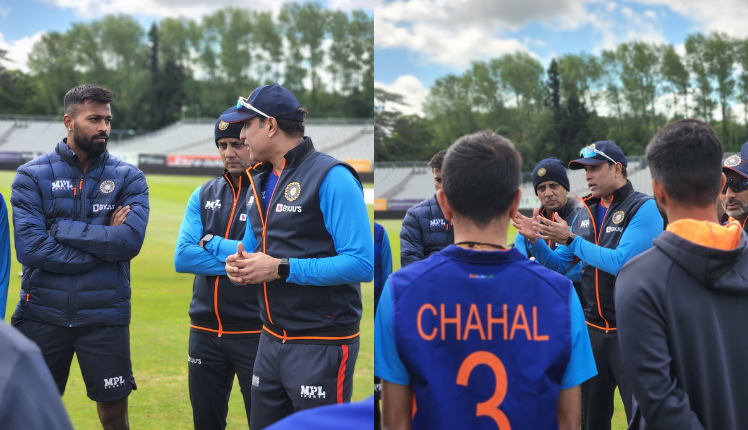 Dublin: Ahead of the T20I series against Ireland, captain Hardik Pandya and India and head coach VVS Laxman addressed the players.

The team led by Pandya will feature in a short two-match T20I series against Ireland as part of their preparations for the T20 World Cup in Australia later in the year.

On Saturday, the official Twitter handle of BCCI shared images of Pandya and Laxman interacting with the team. The pictures were uploaded with the caption:

Notably, Indian players were spotted relaxing in Dublin upon their arrival in the Irish city.

India will be looking to continue their winning ways in Ireland. The last time India played Ireland, the visitors completed a 2-0 sweep of the series in 2018 under Virat Kohli’s captaincy.

After the first game on Sunday, the second match will also be held in Dublin on Tuesday, June 28.