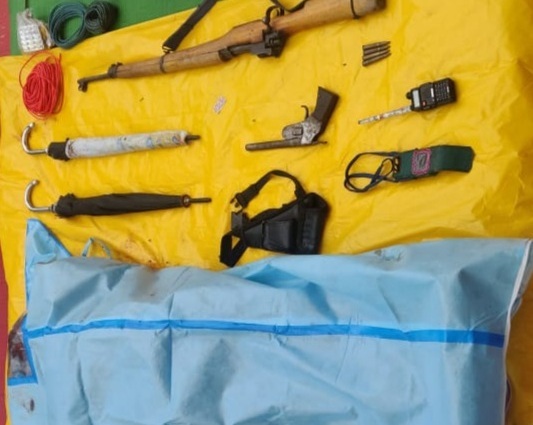 Malkangiri: A hardcore Maoist was killed during a face-off with security forces in a forest on the Malkangiri district border on Wednesday night, the police said.

According to reports, DRG and CRPF personnel carried out a search operation last night after getting tip-off on movement of Katekalyan and Kanger Ghati Maoist organizations in the Elangana area of ​​Bastar district in Chhattisgarh, bordering Odisha’s Malkangiri district.

During the combing operation in the dense forest, the red rebels opened fire on the security forces. In retaliatory firing, the cops gunned down one Maoist cadre. During search, the cops recovered the body of the dead Maoist and seized two firearms, ammunition, and other materials from the Maoist camp.

The deceased Maoist was working as Deputy Commander of the banned outfit and was carrying a cash reward of Rs 3 Lakhs on his head., the police said adding that search operation in the nearby locality is underway.