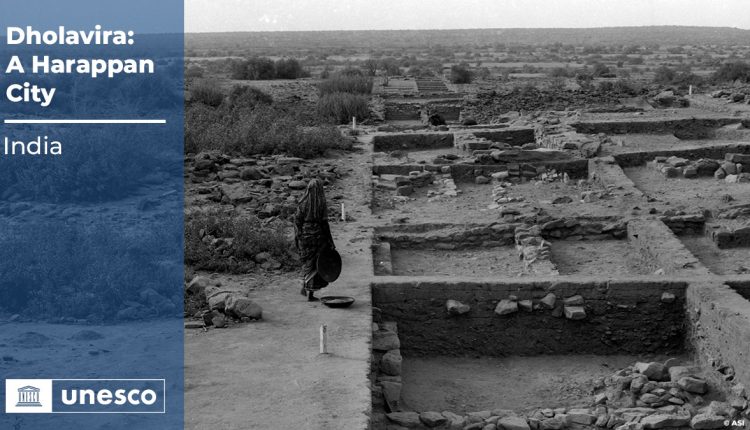 New Delhi: The village of Dholavira in the Kutch district of Gujarat, which is one of the five largest Harappan sites just got inscribed on the UNESCO World Heritage List.

Celebrating the announcement, the official ‘India at UNESCO’ Twitter page wrote: “Twin Joy!!! The Historic Bronze Age Ancient City of Dholavira gets inscribed on the World Heritage List at the 44th Session of the World Heritage Committee.”

Dholavira – the latest addition to the UNESCO World Heritage site was discovered by JP Joshi of the Archaeological Survey of India (ASI) in 1967-68.

He also said that It is a must-visit, especially for those interested in history, culture and archaeology.