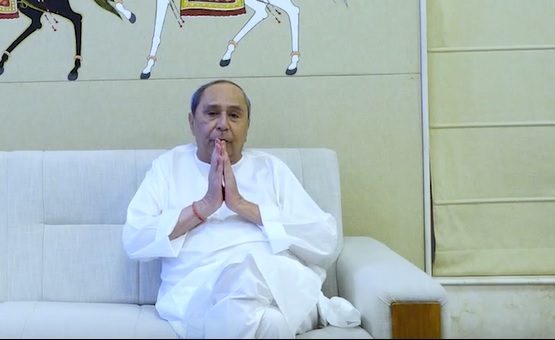 Bhubaneswar: Odisha Chief Minister Naveen Patnaik turned 76 on Sunday. One of the longest-serving CMs in the country chose to skip his birthday celebrations this year as well like he did several times in the past since 2020 due to the COVID-19 situation.

The Chief Minister’s Office (CMO) attributed the skip of celebration to his out of State tour on Sunday. Patnaik is scheduled to visit Hyderabad on Sunday to hold a one-to-one meeting with business leaders on October 17 at ‘Odisha Investors’ Meet’.

Also Read: Naveen Urges Well-Wishers Not To Visit His Residence For Birthday Wish

The CM has also requested his well-wishers not to visit his residence ‘Naveen Niwas’ in Bhubaneswar on Sunday (October 16) to wish him on his birthday as he will be away on an official tour.

After schooling in Dehradun, Naveen graduated in Arts from Delhi University. Before entering politics, he pursued his passion as a writer and lived abroad after completing his education. However, the demise of Biju Babu in 1997 took a turn in his life and he had to take over the reins.

Naveen started his journey of victory from the by-election which was necessitated following the death of his father. Later, he founded the Biju Janata Dal (BJD) by aligning the Janata Dal established by Biju Babu with the NDA. The coalition front had secured a thumping majority in the 2000 assembly elections and snatched the power from the Congress, which had been ruling the state for a long time.

Naveen became the Chief Minister after the coalition party formed the government. In his first term, he tried to establish a transparent and corruption-free administration. And in the process, he also took strict action against some corrupt senior leaders.

The Naveen-led government also launched many welfare schemes for poverty alleviation in the state. As a result, Naveen Patnaik’s coalition government in 2004 was more successful than in 2000. The rival Congress lost by a bigger margin and Naveen became the Chief Minister of Odisha for the second time in a row.

However, before the 2009 assembly elections, the BJD parted ways from the BJP-led government and the conch party won the elections on its own. In this series, the party’s vote share decreased slightly in 2014. On 29th, May 2019, the regional party scripted history in Odisha politics when its leader took oath as Chief Minister for a record fifth time.

Even after the Modi wave across the country, the magic of Naveen continues in Odisha to date. Public support was only with BJD and the BJP’s ‘Mission 120’ failed miserably. On the other hand, Congress could not touch even two digit number in the polls.

On the other hand, if we look at all the by-elections, panchayat and municipal elections, Naveen’s magic has left many big leaders to fall behind. Naveen has become stronger despite strong opposition. Although the BJD was named after Biju Babu from the beginning, now the BJD Supremo has created a unique identity as a capable and popular leader.

A glimpse of Naveen is enough to win the election, it is said. Having overcome many crises, Naveen continues his long journey of victory. Hearty congratulations to Chief Minister Naveen Patnaik on his birthday today.