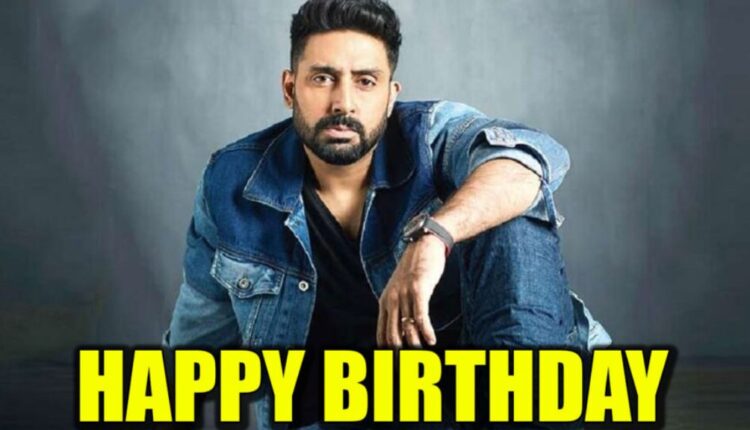 Mumbai: Abhishek Bachchan turns a year older today on February 5. Abhishek Bachchan has been on a roll, with the spectacular movies he has been bestowing us over the last few years.  So, on the actor’s 45th birthday, here are some movies with n his wife, Aishwarya Rai Bachchan to celebrate his birthday.

Sanjay Gadhvi’s Dhoom 2 is arguably the most successful and thrilling film in the Dhoom series, which began in 2006. Abhishek reprised his role as ACP Jai Dixit, who is hot on the trail of an international thief known as Mr “A” (Hrithik Roshan). Things get complicated when another thief and femme fatale, Sunehri (Aishwarya) enters the fray.

Abhishek reunited with his wife Aishwarya for the eighth time in the film Guru, directed by Mani Ratnam. The film deals with a small-town boy Gurukant Desai (Abhishek Bachchan), who attempts to become a successful businessman. His ambition eventually leads him down a darker path. Aishwarya Rai Bachchan starred as Desai’s wife, Sujata, a spirited village belle.

Directed by Shaad Ali, Bunty Aur Babli marked the first time Abhishek and Amitabh shared the screen. The story revolves around con artists Bunty (Abhishek) and Babli (Rani Mukherjee), who are on the run from JCP Dasrath Singh (Amitabh). The film was commercially and critically successful.