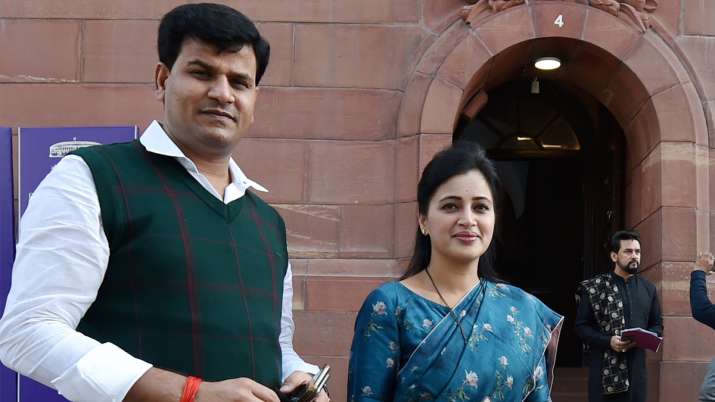 Mumbai: Maharashtra government is likely to challenge the bail of Lok Sabha MP from Amravati Navneet Rana and her MLA husband Ravi Rana on Monday.

The Public Prosecutor is likely to file a Contempt of Court plea against the Rana couple citing violation of one bail condition. The court had said, “Accused shall not address the press on any subjects related to the Hanuman Chalisa recital case.”

Despite this condition in the bail order, MP Navneet Rana spoke to the media after stepping out of the Lilawati Hospital. She said, “I challenge Uddhav Thackeray to contest elections from any constituency and I will contest against you and show you what woman power is.”

“I want to ask the Thackeray government what mistake I committed for which I was punished. I would like to ask if reciting Hanuman Chalisa is a crime, then I am ready to go to jail, not just for 14 days but for 14 years,” she added.

Rana couple got bail from the court after staying 12 days in jail. While granting bail, the court had also put several conditions, violating which the bail was subjected to be cancelled.

One of such conditions includes that Navneet Rana and her husband could not issue any statement in the media regarding the case.