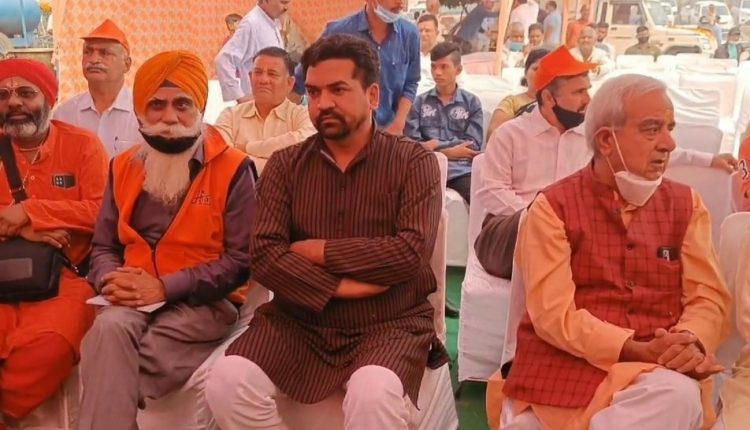 Members of the ruling Bharatiya Janata Party (BJP) also attended the rituals, which were organised by the Sanyukt Hindu Sangharsh Samiti.

While members of Hindu groups said that the action was to mark their protest against namaz being offered in open spaces, members of Muslim communities said that they decided not to offer prayers at the site in Sector 12 due to objections raised by residents as well as protests by Hindu groups over the past few weeks.

Heavy police deployment was witnessed at all sites and the prayers by both communities went off peacefully.

Addressing the gathering of hundreds at Sector 12, BJP leader Kapil Mishra said that roads are not for religious activities. “Blocking roads is not part of any religion. People have first right to the roads,” said Mishra.

Over the past two weeks, right-wing outfits had tried to disrupt namaz at the open site in Sector 12 and on October 29, 35 protesters were detained for attempting to disrupt Friday prayers.

13,043 Odisha Students Fail To Enrol In Plus 3 Courses Due To Delay In Offline Plus 2 Results Announcement

PM Modi To Embark On Two-Day Visit To Germany Tomorrow…