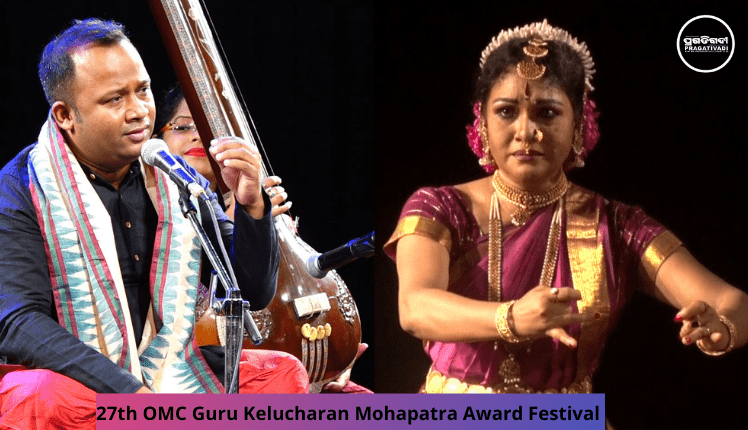 Reputed Bharatanatyam artiste, choreographer, and founder of Saraswat Sanskriti Kendra Smt. Anita Mallick, disciple of Guru Smt. Thankamani Kutty, commenced her recital with Ambika Pallavi, from the Lalitha Sahasranamam, in praise of the omnipotent Devi Ambika. Ambika Pallavi was based on the Ragam Tilang and Adi Talam. This was followed by Krishna Anubhavam, in Raga Malika, and Adi Talam, presenting a reflection of Lord Krishna’s majestic and captivating nature.

In her third presentation for the evening, Smt. Anita Mallick performed a Keertanam in Revati Raagam and Adi Talam, in obeisance to Lord Shiva, the controller of the eternal cycle of life – creation, evolution and destruction. She concluded her recital with the popular Rama Bhajan Thumaka Chalata Rama Chandra, composed by Sant Tulasidas, set to Raag Yamuna Kalyani and Adi (Tisra Nadai) Taal.

Her vibrant recital reflected her technical prowess and creative expression. She was ably accompanied on vocals by OS Arun and Vasudha Ravi, on the Mridangam, MS Sukhi and NK Keshavan, on the flute, Navinkumar and Palghat Sairam, on the Violin, by T Sivaganesan and Smt. Srilakshmi Venkata Ramani, and on the Nattuvangam, by MS Sukhi and Sudharani Raghupati.

This was followed by an Odissi vocal recital by one of Odisha’s most sought after and versatile singers, Shri Rupak Kumar Parida. With a crisp, pleasing, mellifluous voice, and an inherent ability to quickly pick up and retain intricate passages of compositions, Shri Rupak Kumar Parida presented a medley of beautiful renditions, beginning with a song composed by poet Shri Gopala Krishna Pattnaik, set to Raag Kirwani and Ekatali. He then moved on to present an Ashtapadi, Virachita Chatu Vachana, from Shri Jayadeva’s Geeta Govinda, set to the music composition of the legendary Pt. Raghunath Panigrahi in Raag Bihag and Ekatali, before moving on to five back-to-back renditions of traditional Odia songs and Bhajans. Among his other presentations were, Sate ki Bhangi Kala, in Raag Maj Khamaj and Jati taal, Lajare Sarigali Aja in Raag Mishra Khamaj and Ekatali, Barijakhi Manaru Mana in Raag Mishra Pilu and Khemta taal, Mohana Murati Chailo, in Raag Bhairavi and Khemta taal, and finally concluded with a “Sa Champu,” Shapatha ti Mora re, composed in Raag Singhendra Madhyam and Jati Taal. The speciality of a Champu is that every new line begins with the same letter, in this case “Sa.”

The entire music recital was directed by Dr. Bijay Kumar Jena, and Shri Rupak Kumar Parida was accompanied on the Mardala by Guru Satchidananda Das, on the Harmonium by Shri Muralidhara Swain, and on the Tanpura by Priyanka Rath and Sritattva Mishra. His presentation was a vibrant and befitting conclusion to the second evening of the 27th OMC Guru Kelucharan Mohapatra Award Festival. The evening was compered by Maya Krishnamurty, a member of the Srjan ensemble.

The festival was attended virtually by several dignitaries, influential citizens, and luminaries from the world of Art. The programmes were conducted with strict adherence to all the government mandated COVID-19 safety guidelines, while maintaining the required social distancing norms. The third evening features a Sattriya performance by Dr. Anwesa Mahanta, followed by a Hindustani Vocal recital by Smt. Manjusha Patil.

The festival has been curated and designed by Guru Ratikant Mohapatra, with the programme execution by Shri Debiprasad Mishra. Odisha Mining Corporation Limited (OMC) is the title sponsor, and Odisha Tourism, Government of Odisha is the festival’s gold sponsor. This festival has been supported by the Ministry of Culture, Government of India and the Dept. of Odia Literature Language and Culture, Govt of Odisha. MGM Group, Bhubaneswar are the festival sponsors, Dharitri and Odisha Post are the media partners, and web partner is Narthaki.com.

Ayodhya Ram temple foundation to be ready by October, Darshan by Dec 2023: VHP