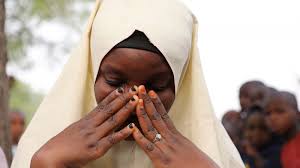 The West African’s police and the military troops have embarked on joint operations to rescue the girls. The students are from the Girls’ Junior Secondary School in Jangebe town. Police spokesman in Zamfara state, Mohammed Shehu, said despite heavy military presence near the school, the gunmen could infiltrate into the school.

A resident Musa Mustapha said the gunmen also attacked a nearby military camp and checkpoint, preventing soldiers from interfering while the gunmen spent several hours at the school. It was not immediately clear if there were any casualties.

U.N. Secretary-General Antonio Guterres strongly condemned the abductions and called for the girls’ “immediate and unconditional release” and safe return to their families, calling attacks on schools a grave violation of human rights and the rights of children.

Nigeria has been witnessing such attacks and kidnappings over the years. The attack came less than two weeks after gunmen abducted 42 people, including 27 students, from the Government Science College Kagara in Niger State. Reports said the students, teachers and family members are still being held as hostage.