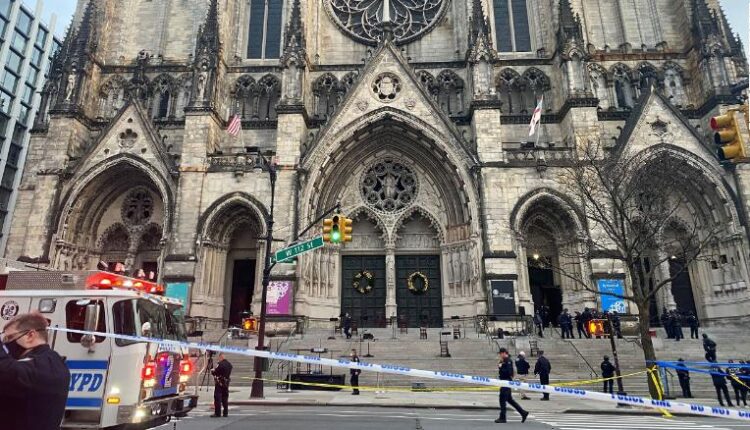 New York: A man has been shot dead by police after opening fire from the steps of New York City’s Cathedral Church of St John the Divine just after an outdoor choir performance.

New York police department spokesman, Sergeant Edward Riley, said the gunman had fired on police, but no officers or bystanders were believed to have been injured in the late-afternoon violence on Manhattan’s upper west side.

According to the police, a choir that had just finished Christmas caroling at the Cathedral of St. John the Divine was lingering atop the cathedral steps when the suspect, who had two handguns, approached the church doors and opened fire into the air.

The shooting outside the Episcopal Church (or Anglican) cathedral, located at Amsterdam Avenue and West 112th Street, occurred about 15 minutes after the conclusion of an outdoor choir performance on the steps drew an audience of about 200 people.

Two NYPD officers and a sergeant, who were present at the scene, opened fire, striking the gunman in the head, a police source said.

The gunman — a man in his 50s — had a lengthy criminal history and was carrying a backpack containing a can of gasoline, rope, wire, tape, knives and a well-worn Bible, police said. The police commissioner called the actions of the officers “heroic”.

The NYPD will continue to review body camera footage and the incident is under investigation, the police added.