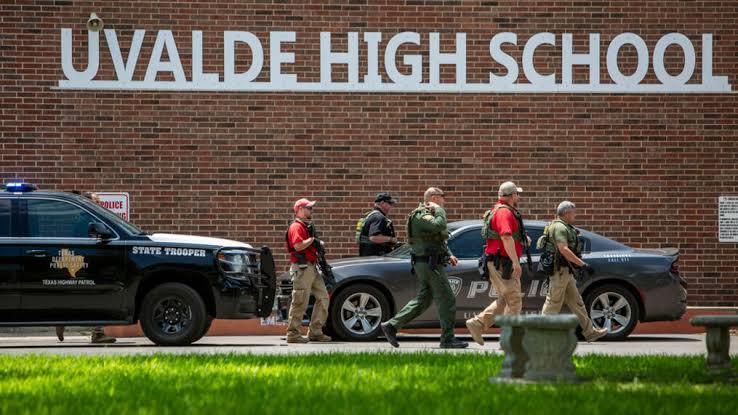 Uvalde, United States: A teenage gunman killed 18 young children in a shooting at an elementary school in Texas on Tuesday, in the deadliest US school shooting in years.

The attack in Uvalde, Texas — a small community about an hour from the Mexican border — is the latest in a spree of deadly shootings in America, where horror at the cycle of gun violence has failed to spur action to end it.

Texas Governor Greg Abbott, addressing a news conference, said the 18-year-old gunman was believed to have shot his grandmother before heading to Robb Elementary School at around noon, abandoning his vehicle and entering with a handgun, and possibly also a rifle.

The governor said the suspect, whom he named as Salvador Ramos, a local resident and a US citizen, was also dead adding that “it is believed that responding officers killed him.”

“He shot and killed, horrifically and incomprehensibly,” Abbott said.

Texas State Senator Roland Gutierrez told CNN that three adults had also died in the attack, though it was unclear if that toll included the shooter.

Footage showed small groups of children weaving through parked cars and yellow buses, some holding hands as they fled under police escort from the school, which teaches students aged around seven to 10 years old.