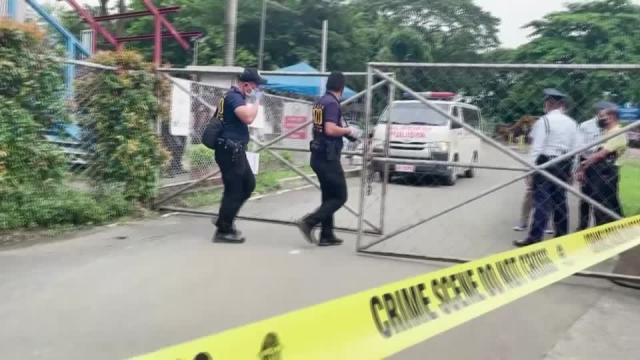 Manila: The Manila shooter who killed three people including a former mayor in the Philippines’ Basilan has admitted to the attack with a specific target.

Xinhua News Agency reported that the arrested gunman, Chao Tiao Yumol admitted to the killing, claiming he shot Rosita Furigay for her “involvement in illegal drugs” in the province.

According to the Metro Manila Development Authority (MMDA), the shooting took place at 14:55 local time at the gate of Ateneo de Manila University in Quezon City, ahead of the law school’s graduation ceremony.

Initial reports from the National Capital Regional Police Office said that the victims were former Lamitan City Mayor Rosita Furigay, her aide Victor George Capistrano and a security guard of the university, The Manila Times reported. The shooting incident forced the school authorities to cancel the graduation rite and put the campus “on lockdown.”

Police identified the gunman as Chao Tiao Yumol, a 38-year-old resident of Lamitan City and also recovered from the scene a .45 calibre pistol with a silencer, according to the Manila Times.

Xinhua citing police reported that the gunman had changed his clothes after the shooting and seized a car in an attempt to escape, but was caught by them. The police presented the suspect to the media three hours after the shooting. Philippine President Ferdinand Romualdez Marcos said he was “shocked” over the incident.

Sprouts Recipes That Will Get You Addicted To This Superfood