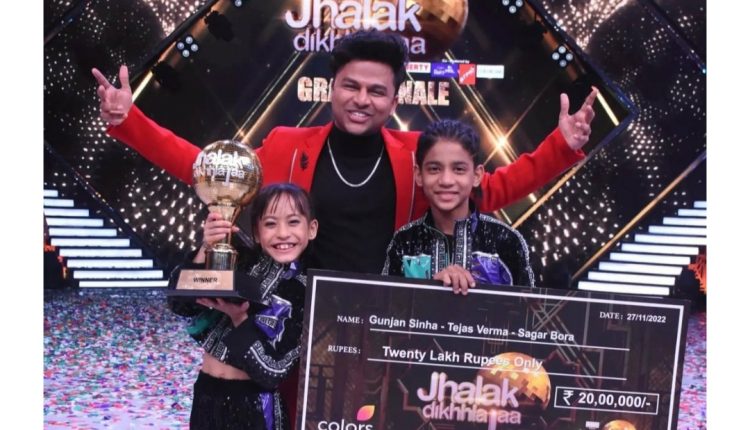 Mumbai: Gunjan Sinha of Guwahati won Jhalak Dikkhla Jaa season 10 after beating actor Rubina Dilaik and Faisal Shaikh in the finale. The eight-year-old lifted the winner’s trophy along with her partner Tejas Verma and choreographer Sagar Bora and also took home a cash prize of Rs 20 lakh. While Faisal was declared the first runner-up, Rubina was the second runner-up.

Gunjan Sinha has been one of the strongest contestants this season. Given her age, she may not have been involved in entertainment buffer acts but the young champ impressed judges week after week with her performances. In the finale, it was their cumulative score that helped her emerge victorious ahead of the popular stars.