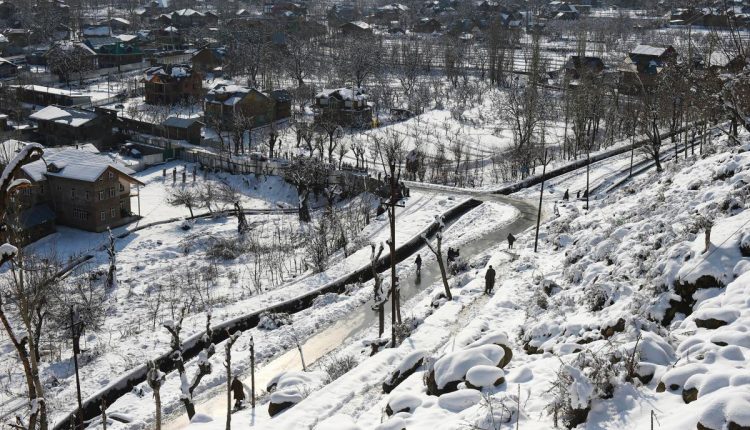 Srinagar: Gulmarg in north Kashmir on Friday recorded minimum temperature of minus 6 degrees Celsius, the lowest in the Valley, with weather office predicting snowfall next week even as mercury continued to dip across north-west Himalayas.

The chilly weather in Himalayas also brought temperatures down in plains, with Churu in Rajasthan — known for mercury hitting as high as 50 degrees Celsius during summer — recording minimum temperature of 4.3°C on Friday, the lowest among plains in India, according to the India Meteorological Department (IMD) bulletin.

The minimum temperature settled below freezing point across Kashmir Valley on Friday, IMD said. Pahalgam, which serves as the base camp for the Amarnath Yatra, recorded a low of minus 5.9°C, a fall of 1°C from the previous day. Srinagar also witnessed a drop of 0.5 degree C to settle at minus 2.6°C on Thursday night, officials said.

The mercury in Kupwara in north Kashmir settled at a low of -3.8°C. Qazigund, the gateway town to the Valley, recorded -2.4°C, while Kokernag saw a low of -1.4°C. In the Union territory of Ladakh, Drass recorded bone-chilling minus 16.9°C minimum temperature while it was -11°C in Leh during the night.