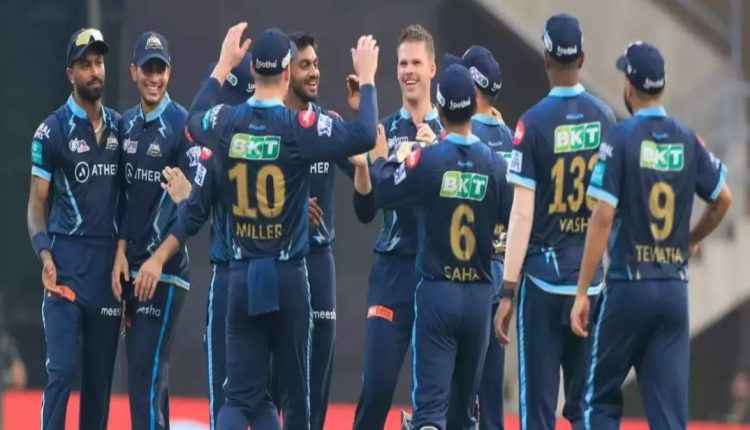 Mumbai: Gujarat Titans notched up an eight-run win over Kolkata Knight Riders to claim sixth win of the season.

Hardik Pandya notched up a half-century but Tim Southee and Andre Russell restricted Gujarat to 156/9 in 20 overs. In response, Kolkata managed to amass 148 in 20 overs, with Andre Russell scoring a brisk 48. GT skipper Pandya notched up his third consecutive half-century after Shubman Gill (7) and Wriddhiman Saha (25) failed to get going against the Kolkata bowling unit at the DY Patil Stadium, Mumbai.

But the momentum shifted in Kolkata’s favour after Hardik fell for 67. Tim Southee picked up three wickets while Andre Russell scalped four in the 20th over to halt Gujarat Titans to 156/9. In the end, the Titans made up for a poor batting show with a brilliant bowling effort to clinch the top spot in points table.