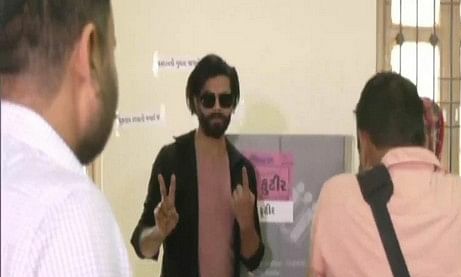 Jamnagar: Cricketer Ravindra Jadeja on Thursday cast his vote at a polling station in Jamnagar in the first phase of the Gujarat Assembly elections and appealed to people to vote in large numbers.

“I appeal to the people to vote in large numbers,” said Ravindra Jadeja.

Notably, Ravindra Jadeja’s wife Rivaba Jadeja is a BJP candidate from Jamnagar North while her father Anirudhsinh Jadeja and her sister Naina Jadeja had campaigned for Congress candidate.