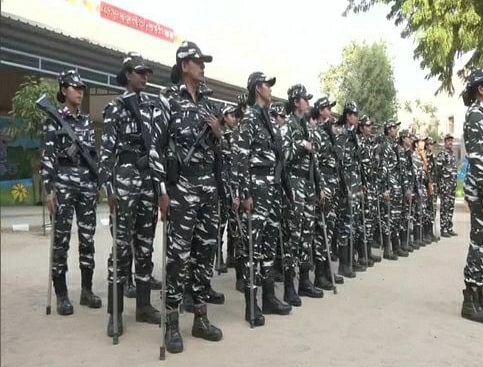 Ahmedabad: With political leaders including Prime Minister Narendra Modi all set to exercise their franchise on Monday in the second phase of the Gujarat Assembly Elections, the women’s battalion of the CRPF team has been deployed in Ahmedabad, a BJP stronghold, to maintain the law and order situation.

CRPF personnel Vidhya M said, “Women battalion of CRPF have been deployed in various parts of Ahmedabad to maintain law and order situation. A total of 18 sections have been made with commanders. Personnel deployed at every booth to maintain peace and discipline.”

The first phase of voting for 89 seats in Kutch, Saurashtra and South Gujarat ended on December 1, with an overall turnout of 63.31 per cent.