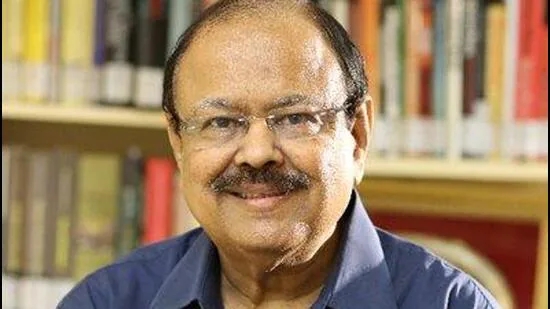 New Delhi: Jay Narayan Vyas, who quit BJP earlier this month, joined the Congress party on Monday along with his son Sameer Vyas.

Vyas, 75, had resigned from the BJP earlier this month. He also recently met former Congress president Sonia Gandhi and Rajasthan Chief Minister Ashok Gehlot. In his resignation letter to state BJP president CR Patil, Vyas said, “I have been actively serving the BJP for the last three decades as per the ideology of the party. I am today resigning from the party for personal reasons.”

In 2007, after being elected to the Gujarat Legislative Assembly by defeating the Congress’ Balvantsinh Rajput, he became the Cabinet minister in charge of health and family welfare in the chief minister Narendra Modi-led Gujarat government.

A functionary of the AAP, who did not want to be named, said discussions have taken place with Vyas and they were hopeful that he would join their party.

A water management expert, Vyas has in the past headed Sardar Sarovar Dam project as a chairman of the corporation responsible for its implementation.