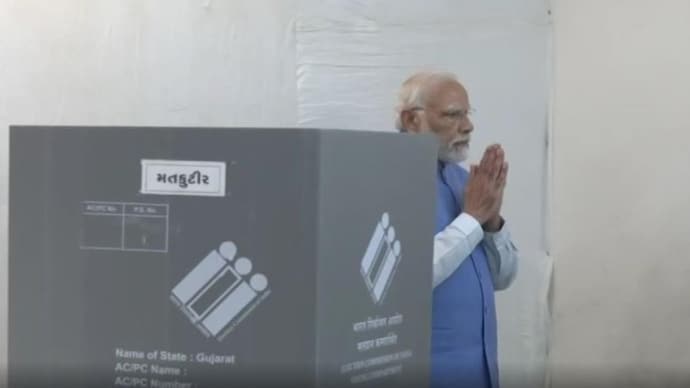 Ahmedabad: Prime Minister Narendra Modi today cast his vote in the second phase of the Gujarat Assembly elections in Ahmedabad today. The PM was seen walking to the polling booth at Nishan Public School to a cheering crowd. He greeted the people on the way and stood in queue awaiting his turn to vote.

He then walked to his elder brother Soma Modi’s house located near the polling station.

After casting his vote in Ahmedabad for the second phase of the Gujarat Assembly elections, Prime Minister Narendra Modi congratulated the Election Commission for conducting elections peacefully.

“The festival of democracy has been celebrated with great pomp by the people of Gujarat, Himachal Pradesh and Delhi. I want to thank people of the country. I also want to congratulate Election Commission for conducting elections peacefully,” said Prime Minister Narendra Modi.