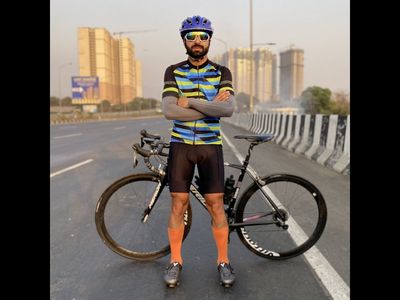 New Delhi: Adil Teli has created a Guinness World Record as the fastest cyclist from Kashmir to Kanyakumari. He has pedalled 3,600 kilometres in eight odd days.

Adil is a 23-year-old youth from Kashmir. He hails from Narbal in Kashmir’s Budgam district. The young man started the journey from the iconic Ghanta Ghar at Lal Chowk in Srinagar in the morning on March 22. He reached Kanyakumari on March 30. Divisional Commissioner Kashmir, Pandurang K Pole, had flagged off his ride.

The current world record for the fastest Kashmir to Kanyakumari journey on cycle is held by 17-year-old Om Mahajan from Nashik, who took eight days, 7 hours and 38 minutes.

Adil trained for the record attempt in Amritsar in Punjab for five months. He had submitted application to the Guinness World Records in December last year which got approved in March.