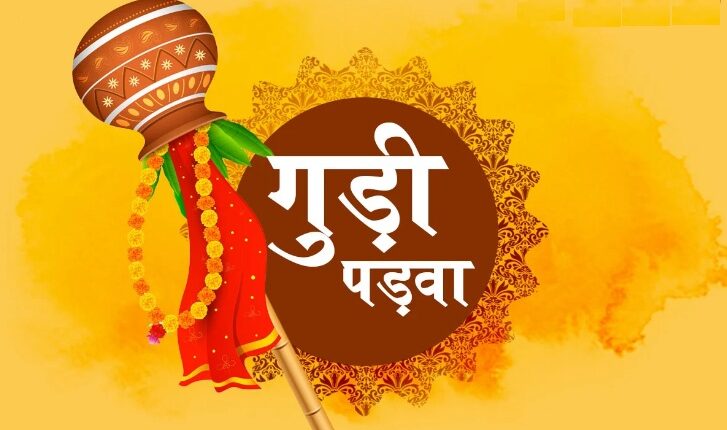 New Delhi: Gudhi Padwa is a spring-time festival that marks the traditional new year for Marathi and Konkani Hindus, but is also celebrated by other Hindus as well.

It is celebrated in and around Maharashtra, Goa, and the union territory of Damaon on the first day of the Chaitra month, to mark the beginning of the new year according to the lunisolar method of the Hindu calendar.

Gudi Padwa gets its name from two words – ‘gudi’, which means a flag or emblem of Lord Brahma and ‘padwa’ means the first day of the phase of the moon. This year it will be celebrated on April 2.

On the day of Gudi Padwa people wake up early in the morning, clean their houses, take a bath and decorate their front gate with beautiful rangoli designs and Gudi – which is made up of a piece of fresh cloth.

The Gudi is worshipped by people of Maharashtra to mark their new year and delicious spread is prepared from Puran Poli to Shrikhand to be enjoyed with family and friends. It is also customary to eat tender leaves of Neem and Mishri on the very first day of Samvatsara.

According to Hindu mythology, it is said that Lord Brahma had created the universe on the day of Gudi Padwa. It is also said that on this day Brahma introduced days, weeks, months and years. As per another legend, victory of King Shalivahana is celebrated on the day as the Gudi or flag was hoisted by his people when he returned to Paithan.