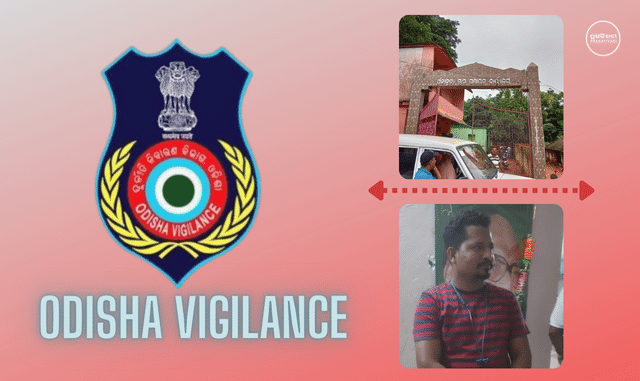 Suliapada: The Odisha Vigilance on Wednesday caught Gram Rojgar Sevak (GRS) of Anlakuda Panchayat under Suliapada Block in Mayurbhanj district while demanding and accepting Rs 9,000 bribe from a labour leader for the release of Muster Roll for engagement of labourers in MGNREGS work.

The accused GRS, Gouramohan Soren, had demanded Rs 9,000 from the MGNREGS labour leader Akshay Soren. However, Soren reported the matter to Vigilance and a trap was laid.

Accordingly, the Vigilance team caught the GRS while he was receiving the bribe money from the complainant at his house at around 3:15 PM today.

Reportedly, the Vigilance has detained GRS Gouramohan Soren, after searches at the Panchayat office and his rented house.

Another 1055 COVID-19 patients recover in Odisha