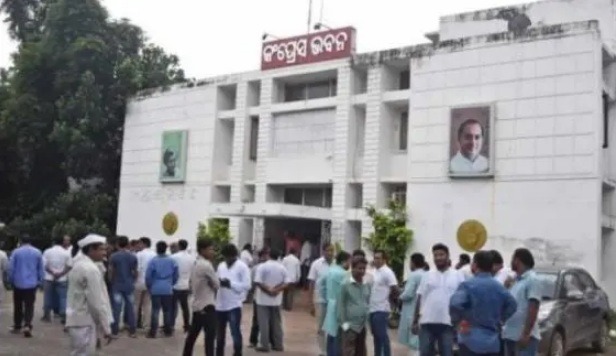 Bhubaneswar: Tempers ran high at Congress Bhawan here on Thursday when two groups of party workers clashed with each other ahead of the OBC Cell meeting.

According to reports, the OBC cell meeting was scheduled to be held at the party office today. The party infighting intensified after a group of Jagatsinghpur district opposed the OBC Cell president.

A section of party workers alleged that OBC Cell president of the PCC Bishnu Charan Barik along with his supporters were indulged in anti-party activities.

The party workers physically assaulted each other, tore down the posters of Congress leaders including Sonia Gandhi, Rahul Gandhi and ransacked the furniture at the building.