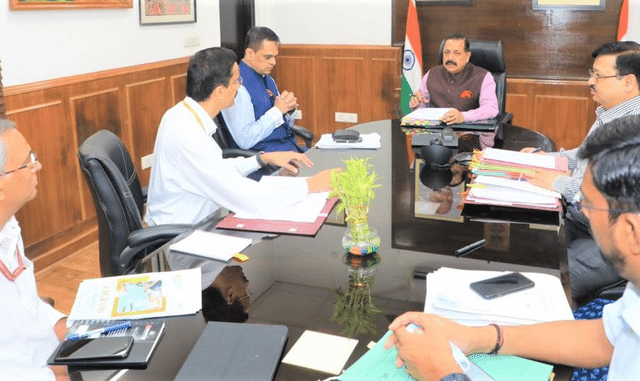 The Minister said, an OM issued by Department of Administrative Reforms and Public Grievance (DARPG) also states that a complaint received from a citizen will not be closed until an appeal filed against it is disposed of. Last year, the DARPG had reduced the maximum time limit to 45 days from 60 days to resolve public grievances.

Dr Jitendra Singh reiterated that under the leadership of Prime Minister Narendra Modi, every attempt is being made to implement an effective Public Grievance Redressal System in India and bring about administrative reforms at par with global standards to promote satisfaction amongst the people. The Minister also pointed out that in various monthly “Pragati” (Pro-Active Governance and Timely Implementation) review meetings, the Prime Minister himself reviews the status of public grievances.

Dr Jitendra Singh said, the twin factors of people’s satisfaction and time redressal of grievances has led to about a 10-fold increase in public grievance cases since this Government came to power in 2014 and this also reflects the trust citizens have shown in the Government. The public grievances have increased from 2 lakh in 2014 to more than 22 lakhs at present with more than 95 percent disposal of cases. The main Mantra of the Modi Government is to reach out to the last man in the last queue with all the benefits of the welfare schemes, he said.

Dr Jitendra Singh said, the latest order mandates that the grievances received on CPGRAMS shall be resolved promptly as soon as they are received but within a maximum period of 30 days and in case the redress is not possible within the prescribed time-frame due to the circumstances such as sub judice matters/policy issues etc, an interim/appropriate reply shall be given to the citizen. He said, this measure will go a long way in furthering the citizen-centric governance, as the Government is ensuring that grievances are disposed of as expeditiously as possible.

In its latest order, the DARPG has asked all departments to appoint nodal grievance resolution officers and to empower them adequately to resolve public complaints. They may appoint as many GROs as deemed necessary based on the number of public grievances received under the overall supervision of the nodal grievance resolution officer. After closure of a grievance, citizens have the option to submit their feedback and file an appeal and to obtain the feedback on the quality of grievance disposed, an outbound call centre has been started, the order said. All citizens will be contacted by the call centre to obtain feedback.

The order states that citizens will be provided the option to file an appeal if they are not satisfied with the grievance disposed of and the feedback received from citizens by the call centre will be shared with ministries or departments who would be responsible to deal with the feedback and to make systemic improvements.

To institutionalise the mechanism of grievance resolution, and to ensure quality disposal, the secretary of the ministry/department may review the disposal process in senior officers meetings, the DARPG said. Apart from this, Ministries/departments may also monitor complaints which may be raised in print, electronic and social media.

Have A Desi Flavoury Taste With Protein-Rich Rajma Chaat

Bhubaneswar Market Building To Remain Shut Down For Indefinite Period