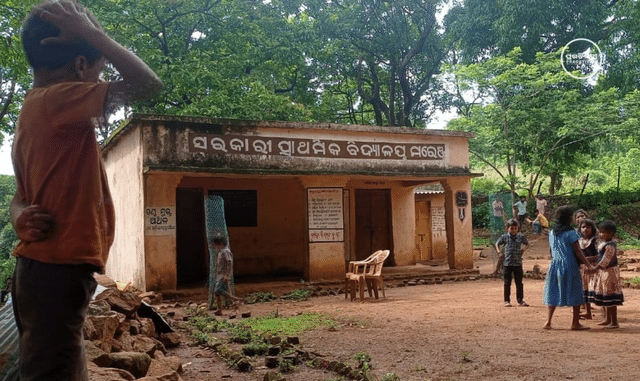 Daringbadi: While the state government has implemented various schemes to provide qualitative education to the children in the tribal regions of Odisha, due to lack of inspections all efforts go in vain.

Such a case has come to the fore from Gumukia panchayat under Daringbadi block in Kandhamal district on Monday.

According to reports, the Marenja Upper Primary school is marred with irregularities due to the lackadaisical attitude of the only two teachers appointed in the school which currently has 35 students in different classes from Standard I to V.

On Monday, when our local correspondent reached the school at around 3 pm only some students were seen playing outside and neither the headmaster nor the teacher was present in the school.

On being questioned, the school’s president said that the headmaster, Mitharam Pradhan, had gone to Daringbadi town for some work, while the assistant teacher left the school soon after the mid-day meal was over.

Some locals stated that there is no fixed time for both the teachers to come to the school. Sometimes they reach at 11 am and leave at 2 pm after sending the children back to their homes post-lunch. What is more unfortunate is that Class V students in this school are even unable to say the name of their teachers when asked.

On the other hand, Daringbadi Community Development Officer Rasananda Kar said that the allegation will be investigated and stern actions will be taken against those found responsible for such irregularities during surprise checks.