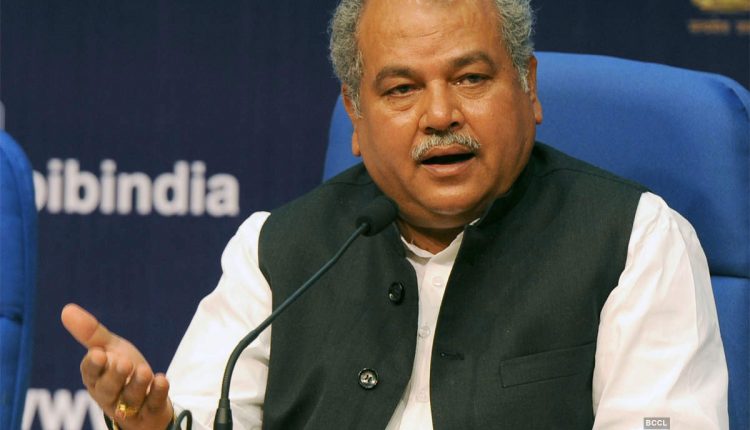 New Delhi: Union Agriculture Minister Narendra Singh Tomar on Wednesday said the government is open to hold talks over the three contentious farm laws with the farmers who have been agitating on the borders of Delhi for nearly eight months.

Thousands of farmers are camping on Delhi’s borders since last November, seeking withdrawal of the new agriculture laws.

“So far 11 rounds of talks have been held between the government and farmers’ outfits to find a solution. The farmers’ organizations never agreed to discussions, but only demanded the repeal of the laws,” Tomar said in response to a starred question in the Lok Sabha.

“Many efforts have been made by the government to end the protests. There were 11 rounds of talks between the government and the farmers to end the deadlock. The government also explained point-wise to the farmers through a letter dated December 9, 2020, that their concerns were being taken care of. We also proposed to form a committee. However, the farmers’ bodies never agreed to discuss the laws, they want only repeal,” he said.

“The government is ready for talks anytime but not on the repeal of the laws,” he added.