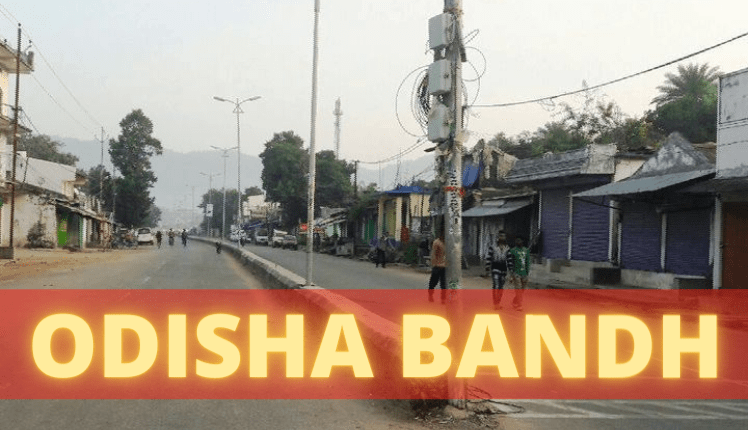 Govt Employees Asked To Reach Office By 9.30 AM In Wake Of Odisha Bandh Tomorrow

Bhubaneswar: The Odisha government has asked its officials to reach offices by 9.30 am on Friday in the wake of the Odisha Bandh call given by Congress over the Mamita Meher murder case issue.

According to a letter released by the Home department, employees of Lok Seva Bhawan, Kharavela Bhawan, Rajiv Bhawan and Heads of Department Building here have been asked to reach their respective offices by 9.30 AM tomorrow.

“I am directed to intimate that Pradesh Congress Committee and its frontal organizations have proposed to observe six hours Odisha Bandh on 12.11.2021 from 06.00 AM to 12.00 Noon on the issue of murder of school teacher Mamita Meher. It is apprehended that they may close down business establishments, market places, Central and State Government Offices, Petrol pumps, Banks/ Financial Institutions, Courts etc. Vehicular traffic as well as railway traffic are likely to be affected,” the official wrote in the letter.

“It is, therefore, advised that the Officers and the Employees of your Department working in the Lok Seva Bhawan, Kharavela Bhawan, Rajiv Bhawan and in the Heads of Department Building etc. may be advised to reach Office latest by 9.30 A.M. to facilitate their smooth entry,” the official said.

The following steps have been taken as precautionary measures.

* The front gates of the Lok Seva Bhawan will be closed at 10.15 A.M. on 12.11.2021 and all the passage will be regulated through the rear gate. The connecting gate between the Red Building and Main Lok Seva Bhawan building will remain open.

* Security check of Identity Cards and Passes of the employees and visitors will be intensified. Travelling in a vehicle without Car Pass will not be permitted without valid authority for entry.

* Entry of visitors will be restricted on that day. Persons having prior appointment, whose business is pressing and immediate, will be given entry passes on the recommendations of the concerned Department by the Special Secretary, Home Department.