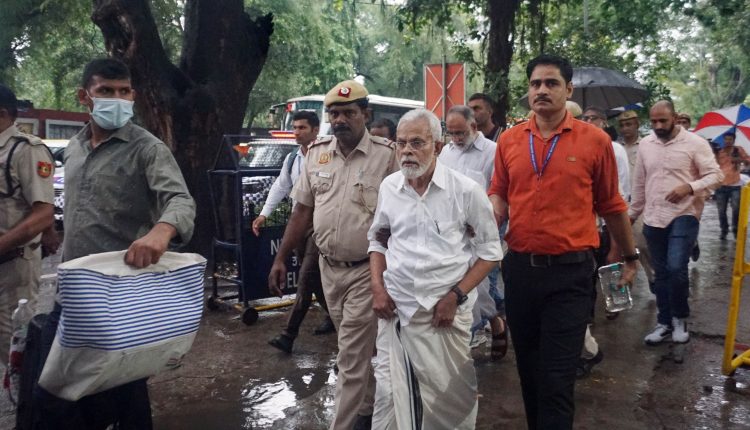 New Delhi: Three days after the NIA and ED’s massive raids across the courty on PFI offices, the Union Home Ministry is planning to ban the extremist group on the basis of the evidences gathered by the investigating agencies, sources said.

However, before imposing the ban, the officials of the Ministry of Home Affairs (MHA) want to make full preparations, so that if the ban is challenged, then their side is not weakened.

In the raids conducted in 15 states of the country on September 22, the investigating agencies have found strong evidence of PFI’s involvement in terrorist activities, based on which, it can soon be banned.

Soon after the raid, Union Home Minister Amit Shah also held a meeting with National Security Advisor Ajit Doval and the NIA Chief. In this, instructions have been issued to review the facts gathered against PFI and take further action.

According to sources, the MHA is also taking legal advice before banning PFI, so that when the party concerned in this matter approaches court, the government remains ready with its move. This is also being done because the central government had to withdraw the ban on SIMI in 2008. However, later it was again banned after the Supreme Court order.