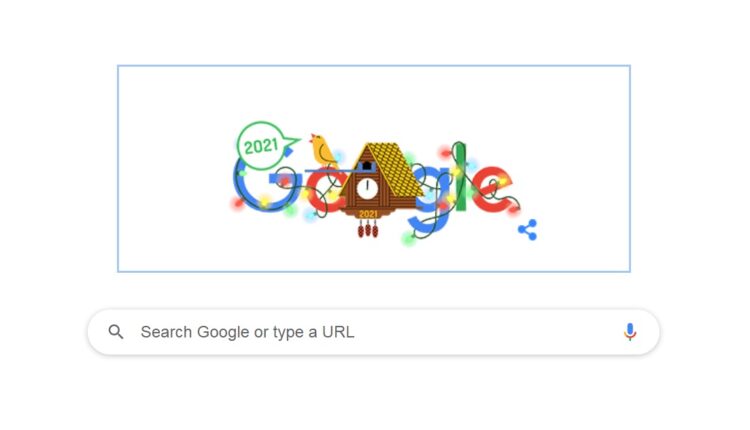 New Delhi: Google’s ticking cuckoo clock finally hit the midnight to welcome the year 2021. The doddle now features a bird which is seen coming out of the clock which has 2021 written at the bottom. The bird is also seen celebrating the beginning of the New Year.

Google described the New Year’s Eve doodle as, “The time has come to welcome the new, the clock strikes midnight and out comes the cuckoo! “All the best for the new year,” the cuckoo bird chirps for all to hear!”

For New Year’s Eve, the search giant had designed its doodle with an old fashioned bird-house clock which says 2020 on it.

New Year’s Day, also simply called New Year or New Year’s, is observed on 1 January, the first day of the year on the modern Gregorian calendar as well as the Julian calendar.