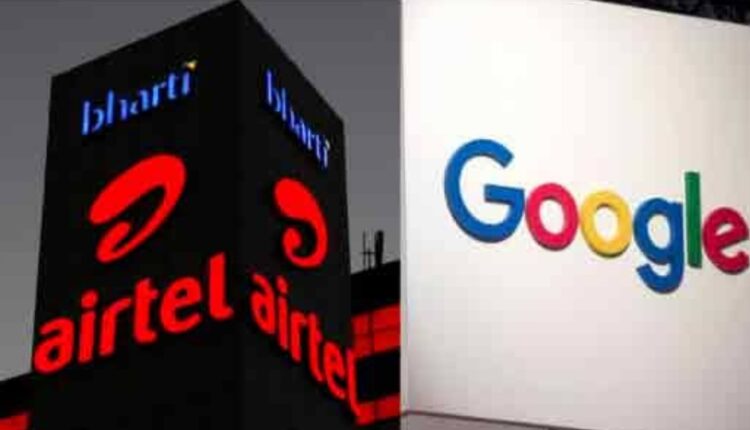 Google to invest up to $1 billion in Airtel

Mumbai: Internet search giant Google will invest upto $1 billion in Bharti Airtel through an equity purchase of 1.28% and commercial agreement on mutual terms over the next five years.

The deal includes Google investing $700 million to acquire 1.28 per cent ownership in Airtel and up to $300 million towards potential multi-year commercial agreements.

The partnership, the telecom operator said, will focus on enabling affordable access to smartphones across price ranges, and will continue to explore building on their existing partnerships to potentially co-create India-specific network domain use cases for 5G and other standards. It will also help accelerate the cloud ecosystem for businesses across India.

Google will make an equity investment of $700 million in Bharti Airtel at a price per share of Rs 734. The stock rose 1.95 per cent to hit a high of Rs 721 in initial trade.

The investment includes $700 million equity investment in Bharti Airtel at a price per share of ₹734 and $300 million towards implementing commercial agreements, which will include investments in scaling Airtel’s offerings that cover a range of devices to consumers via innovative affordability programs as well as other offerings aimed at accelerating access and digital inclusion across India’s digital ecosystem.

The commercial agreements will be identified and agreed on mutually agreeable terms over the course of the next five years, the companies said in a statement on Friday.

The announcement was made after the proposal was approved by the Airtel Board on Friday. Airtel’s shares were up 0.7% at ₹711.95 on the Bombay Stock Exchange as of 9 40 am.