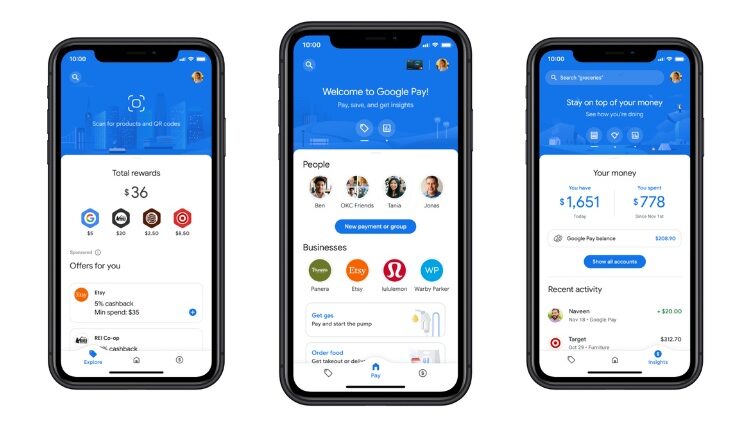 New York: Google is bringing in new Google Pay experience as it revealed a completely redesigned Google Pay app in the US for both Android and iOS.

Google said the three key focuses for the redesign were simplicity, security and privacy, as well partnerships in financial and other service areas.

Google is also partnering with 11 banks to launch a new kind of bank account in 2021. Called Plex, these mobile-first bank accounts will have no monthly fees, overdraft charges or minimum balances. The banks will own the accounts but the Google Pay app will be the main conduit for managing these accounts. The launch partners for this are Citi  and Stanford Federal Credit Union.

The new Google Pay app, like its predecessor which will be discontinued eventually, enables contactless payments in stores and money transfers. But now users can transact with groups of people, search transactions, view analytics and explore cashback offers from merchants including Burger King and Target.

Google will receive a distribution fee for those promotions, opening a small new line of revenue for the advertising giant. Transactions will not affect the ads that users see on other Google services, it said.

Caesar Sengupta, GM and VP of Payments for Google, said the new app was built with a privacy-forward design.