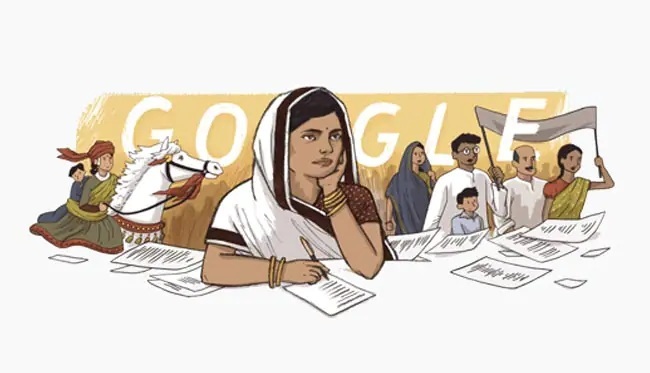 On the occasion of the Indian activist and author’s 117th birth anniversary, the doodle recreated the iconic image of the trailblazer, sitting with a pen and paper, in a saree. The doodle is created by New Zealand-based guest artist Prabha Mallya.

Chauhan was a renowned poet and her evocative national poem ‘Jhansi ki Rani’ is regarded as one of the most recited in Hindi literature.

On this day in 1904, Subhadra Kumari Chauhan was born in the Indian village of Nihalpur. She was known to write constantly, even in the horse cart on the way to school, and her first poem was published at just nine years old. The call for Indian independence reached its height during her early adulthood. As a participant in the Indian Nationalist Movement, she used her poetry to call others to fight for their nation’s sovereignty.

Her writing is still considered a staple and a symbol of historical progress in many Indian classrooms.

Chauhan passed away on 15 February 1948. In honour of her exemplary work, an Indian Coast Guard ship was named after her. The government of Madhya Pradesh placed a statue of Subhadra Kumari Chauhan before the Municipal Corporation office of Jabalpur.