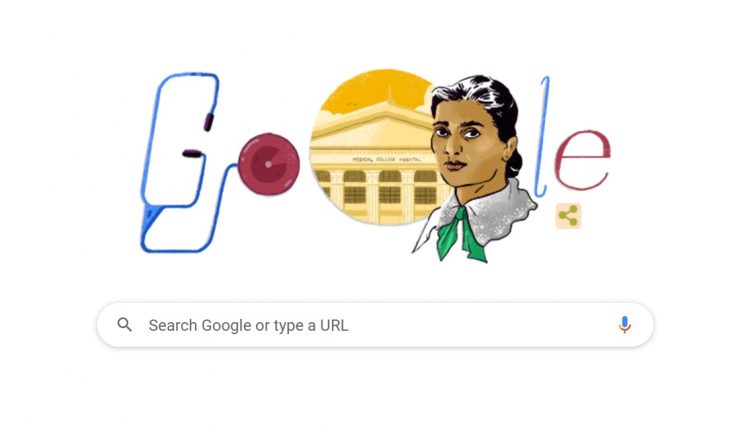 New Delhi: Google Doodle on Sunday celebrated the 160th birthday of Kadambini Ganguly, one of the first female doctors of India.

Ganguly was born on July 18, 1861, and was the first woman to gain admission to the Calcutta Medical College in 1884, an exceptional feat by the late 19th-century standards since the institution was almost exclusively attended by men at the time.

Her name is often remembered with that of Anandi Gopal Joshi. Both of them got their degrees together in 1886, allowing them to practice medicine.

Kadambini Ganguly was born in a village called Chandsi, which is in the Barisal district of West Bengal (now a part of Bangladesh). She received proper English education first in Dacca (Dhaka) and then in Calcutta.

She had the ultimate desire to study medicine. However, the medical colleges in the country still did not admit female students. Her husband, Dwarkanath Ganguly, reminded her not to give up and fought hard to make sure she and other women like her appeared for the Calcutta University exams in 1874.

When she took admission at the Calcutta Medical College in 1884, it was then when the doors opened for women in the country to pursue their dreams of becoming a doctor. In 1892, she left for the United Kingdom for further studies in the field of Medicines. She came back to India with certificates that she received in Edinburgh and Dublin.

Along with starting her private practice, Kadambini Ganguly is also known for her involvement in social movements during her time. She spoke about improving the conditions of female coal miners and fought for their rights. In 1915, she openly criticized the Calcutta Medical College for not admitting female students, which brought about a change in their archaic admission police soon after.

She passed away in 1923. Even on her death bed, she did not refuse any medical calls that asked for her assistance.