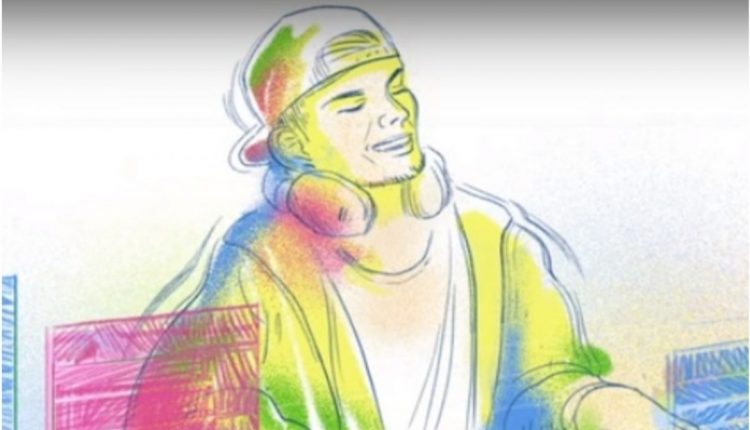 Known best by his stage name Avicii, redefined the dance-pop scene by mixing electronic music with many different musical genres. The video doodle, featuring one of Avicii’s most iconic tracks “Wake Me Up,” is created by artists Alyssa Winans, Olivia When, and Sophie Diao.

The Swedish DJ passed away at just 32 years of age but his work as a producer, songwriter, and humanitarian is will be remembered for generations.

Avicii’s work in music is widely considered to have forever altered the trajectory of the Pop Genre.

In his illustrious career, he won more than a dozen music awards such as Swedish Grammis Awards for Best Innovator (2012) and Best Artist (2014), as well as a World Music Award for Best Electronic Dance Artist (2014).

He was even nominated for several Grammys.

This year, it was announced that Stockholm’s Ericsson Globe Arena would change its name to Avicii arena to honour the late artist.