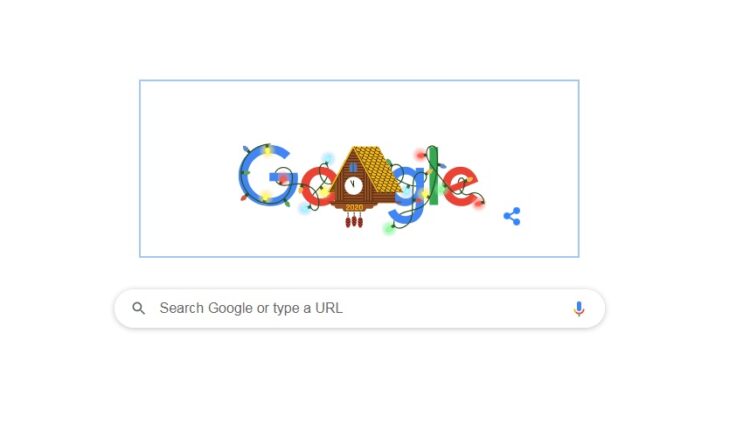 Google has featured a ticking clock house waiting to strike midnight on its homepage. To add a bit of glitter, the word ‘Google’ is laced with a string of lights. Further, you’re met with a stream of confetti when you click the doodle.

Google’s blog said, “It’s been a cuckoo year, but 2020’s clock is ticking. The countdown begins now, and when the clock strikes midnight a new year will spread its wings!”

In the Gregorian calendar, New Year’s Eve, the last day of a year, falls on December 31.

The small Pacific island nations of Tonga, Samoa, and Kiribati will be the first to celebrate the arrival of New Year.