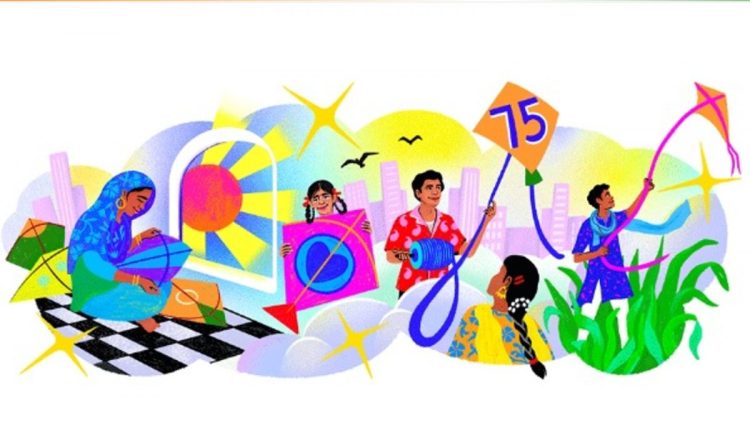 The Doodle shows India celebrating 75 years of its Independence with soaring kites symbolizing that the country has achieved great heights.

Independence Day 2022 Doodle “depicts the culture around kites – from the craft of creating bright beautiful kites to the cheerful experience of a community coming together. The vast expanse of sky brightly speckled with soaring kites is a colorful symbol of the great heights we have achieved. The GIF animation adds dynamism and brings the doodle alive.

“People also celebrate Independence Day by flying kites—a longstanding symbol of independence. Indian revolutionaries once flew kites with slogans to protest British rule. Since then, recreational and competitive kite flying have become one of Independence Day’s most popular traditions. Indians also commemorate the day by spending time with loved ones and hosting cultural programmes in neighborhoods and schools.

This day commemorates India’s independence from colonial rule after two centuries of oppression and suppression at the hands of the British. The celebration of Independence Day honours the sacrifices and tireless efforts of our courageous leaders and freedom fighters who gave their entire life for the sake of the nation and the countrymen.