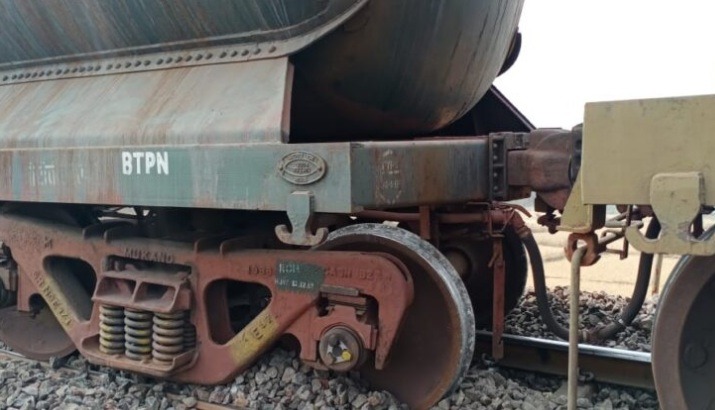 Muniguda: Train movement on Thursday was affected on Muniguda-Junagarh route after five wagons of a goods train derailed in Rayagada district.

No casualties were reported in the incident.

According to sources, the incident took place at around 11.30 AM near Munikhol area when the oil-laden goods train was heading to Raipur from Vishakhapatnam, sources said.

After receiving the report of the incident, Railway officials and technicians immediately rushed to the spot.