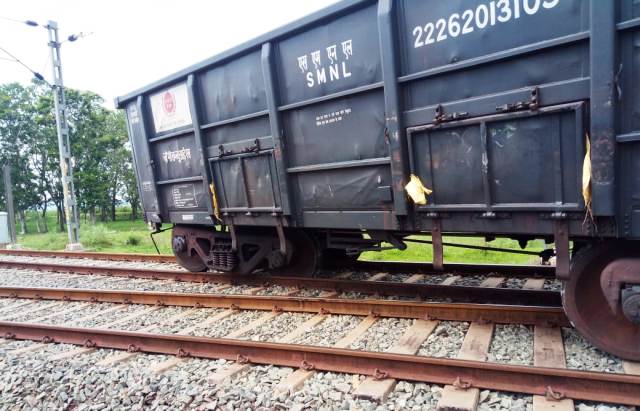 Keonjhar: As many as three bogies of a goods train derailed at Keonjhargarh railway station following which movement of trains has been affected on the route.

According to reports, the freight train was en route to Nayagarh railway station from Jakhura to load a consignment of iron ores at around 12.30 PM when three empty bogies went off the tracks.

There was no major damage or any casualty as the goods train was moving at a minimum speed, sources added.

Reportedly, a special team from the Khurda Road division has reached the mishap spot for an investigation into the accident.

The railway officials are on the spot to supervise the restoration works.