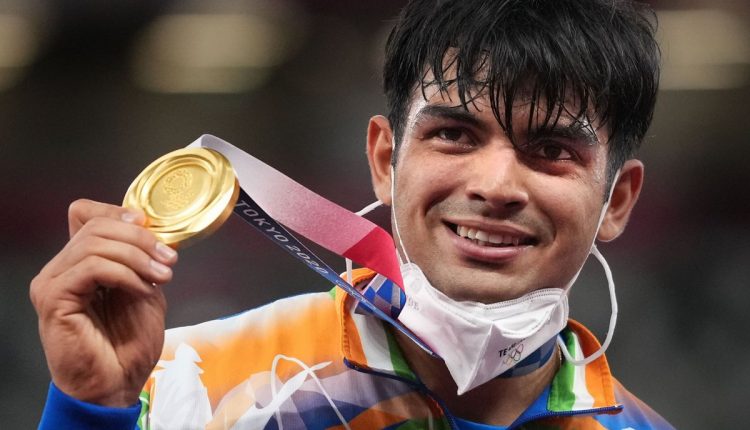 New Delhi: In a bid to honour Olympic gold medalist, Neeraj Chopra, the Athletics Federation of India (AFI) has decided to name August 7 as the “Javelin Throw Day”.

Lalit Bhanot, the Chairman of Athletics Federation of India’s (AFI) Planning Committee, on Tuesday said they will stage javelin throwing competitions every year on August 7.

Bhanot said in a felicitation program organised for Neeraj Chopra by the AFI, “Athletics Federation of India’s planning committee has decided to further promote javelin throwing and will hold competitions every year throughout the country on August 7 as Neeraj Chopra won the gold in Tokyo on this day.”

India’s long and contemplating wait for a first Olympic athletics gold medal ended on August 7 when Neeraj Chopra, the son of a farmer had scripted the history and won the men’s javelin at the Tokyo Games.

He threw the javelin to a distance of 87.58m to end India’s medal shortage in athletics at the Olympics, which was enough to give him the lead.

Before Chopra, India only had one individual Olympic gold medal winner in Abhinav Bindra, who won the 10-metre air rifle event at the 2008 Beijing Games.

Stretches To Improve Back Pain At Your Desk